The aim of COHESION is to develop a Core Outcome Set for use in clinical trials, and other studies, for interventions for the treatment of Neonatal Encephalopathy.

Developing a Core Outcome Set for use in clinical trials, and other studies, for interventions for the treatment of Neonatal Encephalopathy

Phase 2: Interviews with parents/ caregivers on outcomes they consider important in the treatment of neonatal encephalopathy. (STATUS: Completed)

Phase 3: An online Delphi survey to prioritise the importance of outcomes identified from Phase 1 and 2. (STATUS: Current stage – CLICK HERE)

Phase 4: An online consensus meeting to decide on the outcomes that will make up the final core outcome set. (STATUS: Current stage – CLICK HERE)

The HRB-TMRN is a partnership between the five Irish universities. The overall mission of the HRB-TMRN is to strengthen trials methodology and reporting on the island of Ireland, through a programme of work, which will also impact elsewhere in the UK and internationally. This is achieved through a focus on three high-level activities relating to the methodology of trials (i) support (ii) training and education and (iii) research and innovation. The HRB-TMRN was established in 2014, and since then has grown to become the main support network for all trialists, communicating to over 4000 people with an interest in trials every month. The network is dynamic, energetic and adaptive to the needs of the trial community.

One of the difficulties often faced by systematic reviewers when trying to synthesise the evidence from studies on a particular topic is heterogeneity in the outcomes measured in those studies. This means that reviewers are frequently unable to compare and contrast the findings of all, or even most, of the studies and a meta-analysis of the findings of all included studies is rarely possible. One of the suggested ways to address this problem, is to develop and apply agreed standardised sets of outcomes, known as ‘core outcome sets’ (COSs). The idea is that a COS should represent the minimum to be measured and reported in all trials, and other studies, on a specific condition, while accepting that if outcomes outside of the COS are also important in the context of the individual study they should be measured for that study. This use of the COS as a minimum across an entire research area would allow for the results of trials and other studies to be effectively compared, contrasted and combined, as appropriate.

The aim of this project is to develop a Core Outcome Set for use in clinical trials, and other studies, for interventions for the treatment of Neonatal Encephalopathy.

Fiona is a PhD student with the HRB-TMRN based in the school of Nursing and Midwifery in NUI Galway. Fiona has completed a BSc. in Biomedical science, in which she achieved a first class honours and graduated top of her class. Fiona has also completed a level 8 Diploma in Irish language literacy from NUI Galway. Fiona’s background in Biomedical Sciences has led her to pursue a number of research projects in areas of chronic pain, Parkinson’s disease and colorectal cancer. Her final year research project on Parkinson’s disease etiology was awarded an esteemed award from the Dean of Science in NUI Galway. In addition, she was awarded funding as a Summer Research Scholar from the College of Medicine, Nursing and Health Sciences, NUI Galway in 2017 to complete a research project investigating biomarkers in colorectal cancer. Her underlying interest in neuropharmacology and neurophysiology led her to pursue her HRB NEPTuNE project ‘COHESION: a core outcome set for the prevention and treatment of hypoxic ischaemic encephalopathy’. This project which is housed within the HRB Trials Methodology Research Network involves developing and applying an agreed standardised set of outcomes, known as ‘core outcome sets’ (COS) which represent the minimum to be measured and reported in all clinical trials on a specific condition. This project will also invite women and their partners as users of maternity services, midwives, obstetricians, paediatricians/neonatologists, researchers and groups with expertise in HIE prevention and treatment to provide their attitudes and experiences to ensure the best possible outcomes are decided upon. 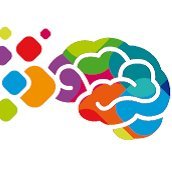